Tate Ornamental is a family owned and operated company that has been in business since 1988. We pride ourselves on being a one-stop shop for design, fabrication, installation and freight. This turnkey approach allows us to offer unmatched quality and service.

We work with residential and commercial clients all over the country. We specialize in creating stairs, canopies and handrails using ferrous and non-ferrous materials such as brass, bronze, aluminum, stainless steel, nickel, and wood. In 1993, we expanded our business to include the millwork and casework division, and in 2003 added the stone and quartz division. Additionally, we offer some unique services including rolling, polishing, finishing and water jet cutting.

At Tate Ornamental, we never confuse effort with results. Metal, wood and stone fabrication is what we offer. First class quality, on-time delivery and within budget is how we do it. 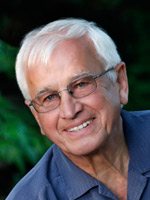 “We started out doing what we could, like wrought iron and staircase work, and then we moved onto bigger projects like structural steel,” he says. “People started trusting us with bigger jobs, and I am amazed with how blessed our business has been.” Now a founder of a company with multi-million dollar projects, Harold makes a point to thank his town and its people for helping him along the way saying, “If it wasn’t for their help, I might have had to quit the business.”

Starting at his father’s factory when he was just 12, Joey knows this business from the ground up. At a young age, he was put to work learning the basics of construction and design. Now as president of the company, he puts his experience and expertise into practice. “I take great pride in my father’s name. His number one thing is quality and taking care of the customer, and I am trying hard to extend that,” he says. “The work we do is the icing on the cake, it’s what makes a job beautiful.” In 1988, Joey graduated from the University of Alabama with a degree in business management. Shortly afterward he went to work at Tate once again, starting the ornamental metal division with Harold and Charlie James, a partner and long-time friend. Currently, Joey supervises general managers, directs large-scale projects and oversees daily operations.

Charlie has been working for the company since 1984. Charlie began his career in shipping and receiving and moved his way up to sales and is now Vice President and co-owner of Tate Ornamental. Charlie is a key player on numerous projects from Boston to Miami. He came to work for Tate while attending college at Western Kentucky University. Charlie is responsible for estimating and selling all the metal work for Tate’s projects.

Working for Tate Ornamental since 1983, Tony has spent most of his lengthy career moving up the company ladder. Starting in areas such as painting and welding, he is now the Vice President of Operations. “I credit my experience from working at Tate Ornamental as I have learned so much about the ornamental business,” says Carter. “Working for Tate allows me a great opportunity to be a part of a team that truly creates something special. My goal is to be better tomorrow than we are today.” Tony takes pride in the fact that Tate creates such visually stunning and award-winning projects, and he is known for his fierce attention to detail, his knack for anticipating the future, and his extensive knowledge about each and every job in the company.